Greetings!  I am here to provide some details of a few events in our recent past:  Sinterklaas, Crossing Borders Music & Literary Festival, and of course, Switzerland travels.

I will begin with our experience of some Dutch culture…Sinterklaas!  BC & I were planning to be in Switzerland during his arrival, but after many schedule changes, they pushed it back a week.  So we looked into the parade route and got prepared to take it all in.

We decided not to go to the harbor to watch him arrived by ship, as we anticipated a large crowd.  We found a little spot along the Frederick Hendricklaan  where we thought we would have a great view.  We watched a band of the ‘zwarte piets’ play their instruments in celebration.  (Just google zwarte piets or sinterklaas – Wiki has a pretty good description.)

Unfortunately, we had underestimated the Dutch crowd, which I think eventually was about 4-5 people deep IN FRONT of us on the street.  I was not happy about my now horrible view, but I decided that anyone with a child should probably get to go in front of me without complaint.  We didn’t know what to expect when the parade started, but what we found was a LONG line of zwarte piets (playing music, riding horses, carrying ads, dancing, ect.)  Finally, the one and only, Sinterklaas, arrived on his white horse.  The kiddos went nuts.  BC & I commented on how his entrance was a little less “grand” than I would have anticipated…just him on his horse.

BC & I stopped in a local bakery afterwards and got some necessary Sinterklaas chocolates! 🙂

We also had tickets that evening to the “Crossing Borders Literary & Music Festival” in town.  We had purchased tickets shortly after we arrived here in August…which was good since it sold out.  We got the tickets purely for one musician, Andrew Bird, but we were pleasantly surprised by the other 2 or 3 performances that we watched as well. 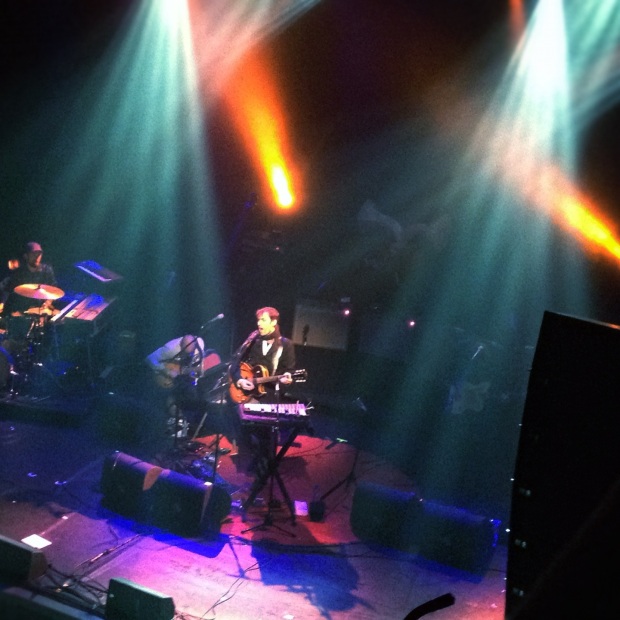 Anyway, moving on to the title of this post…Switzerland!  We left on Wednesday evening by airplane to Geneva, in the Southern part of the country.  We got settled into our hotel room, and then headed downstairs to have dinner with BC’s coworker at a Japanese teppanyaki restaurant.  It was quite tasty, but we were quickly introduced to the HIGH cost of living in Switzerland when we got the bill!  Worth it though! 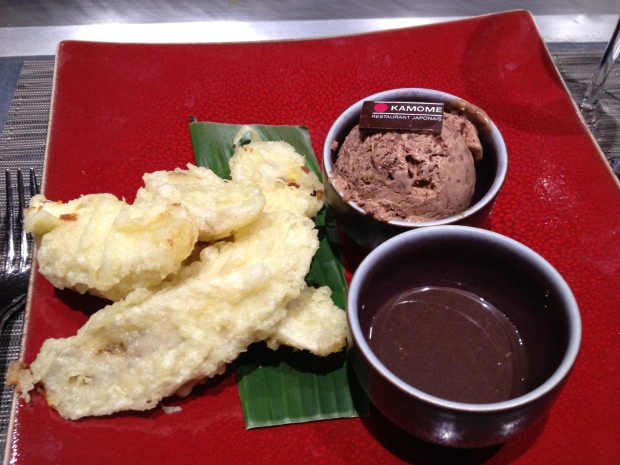 On Thursday, also known as Thanksgiving Day back in the States, I went out for a little adventure on my own while BC went to his client’s office.  I described our day in my last post, so won’t go into much detail here other than it was a pretty gloomy day and it was window shopping only at the high-end shops!!  More of the same on Friday, until BC was off work and then we were off by train to the city of Zurich (a 3-hr ride, during which I battled with some motion sickness).

Saturday was the big day of the trip!  We were attempting to squeeze in all of our sight-seeing into one day.  The morning started with a decent, free breakfast at the Marriott executive lounge (a great perk to European Marriotts, as they are closed on weekends in the US).  Then we boarded an old trolley for a city sight-seeing tour!  Again, we’ve decided this is a great way to see the European cities when you don’t have a large list of places you want to visit at your own pace.  We went through the famous shopping street (Bahnhofstrasse), along the lake, through the insurance & banking areas, to the Fraumunster Church to see it’s famous Chagall windows, through the various neighborhoods of Zurich (Spiegelgasse, Niederdorf, and Schipfe), and through the university campus.

Panorama at the lake. 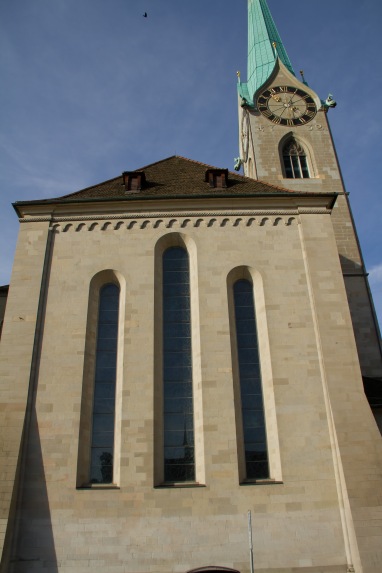 After the conclusion of the trolley tour, we boarded a train to Uetliberg (Zurich’s mountain).  From the top, the views were stunning!  And we were very lucky to have been there on a clear day, as we could see for a LONG way.  We stayed up top taking about a million photos and then lunch from a little stand…brats, fries, and beers.

View of the countryside. 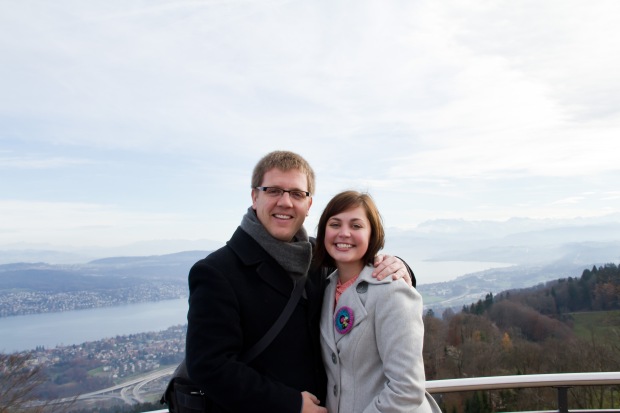 Us and the view! 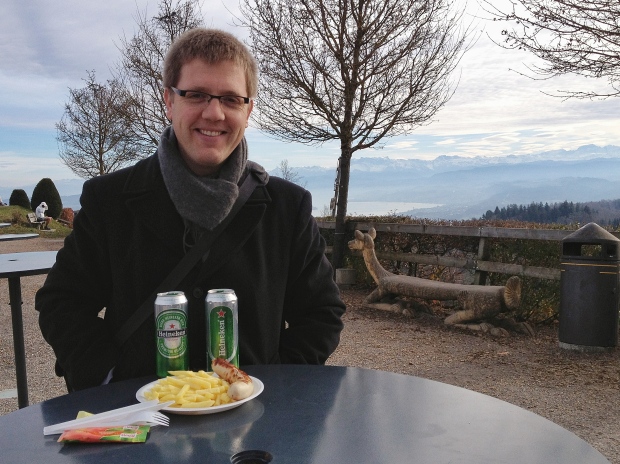 After getting back from our mountain top excursion, we found a shop called Schweizer Heimatwerk to browse some Swiss-made products, including the infamous Swiss Army Knives.  Naturally, we made a stop for chocolates at a Zurich confectionary (we got a good helping of macaroons as well…my weakness).  We also browsed through the Christmas market in the train station for goodies.  We walked down the shopping streets after sunset, as they were doing the first official lighting of street decorations for the season!  Loved it. 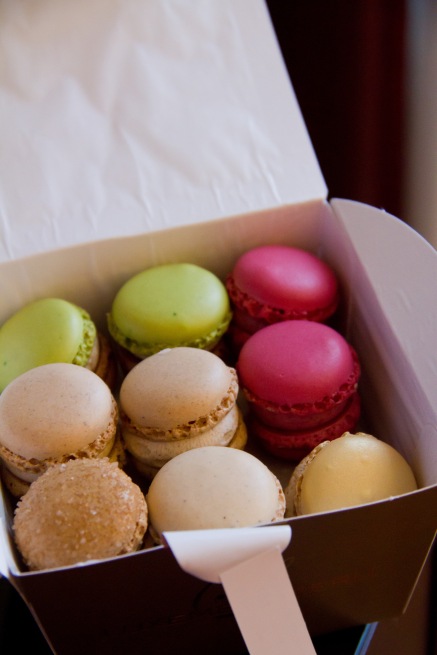 They are as amazing as they look! 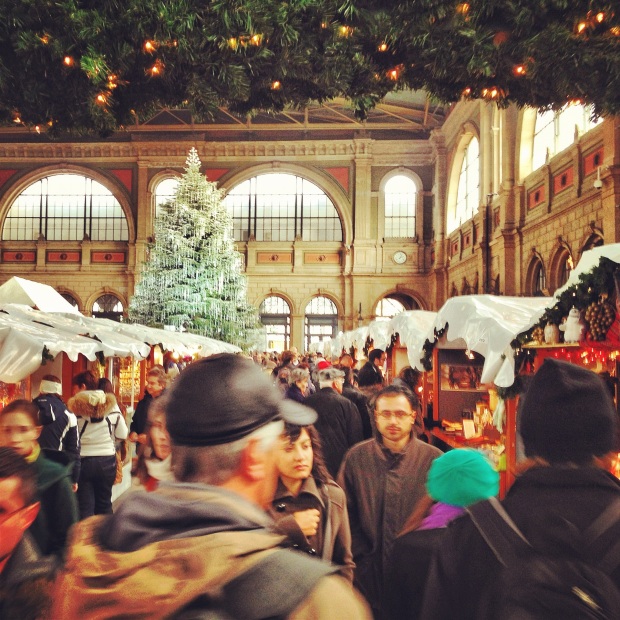 Christmas market in the train station.

Taking in the street lights.

Saturday night, we had arranged to meet one of BC’s fraternity brothers who lives in Zurich for dinner, along with his girlfriend.  We had a delicious meal and enjoyed hearing their experiences as expats also!  We joined them out for a few drinks as well following dinner.  Thanks to Todd & Sarah for being great hosts!!

Sunday, we got a pretty slow start, which didn’t cause any issues as there weren’t a lot of places open when we did get out.  After some more browsing, we headed off to the airport to return to our new home, Holland.  But we didn’t leave without a tasty hot dog from the airport!! (important for the hot dog lover in this couple…aka, me.) 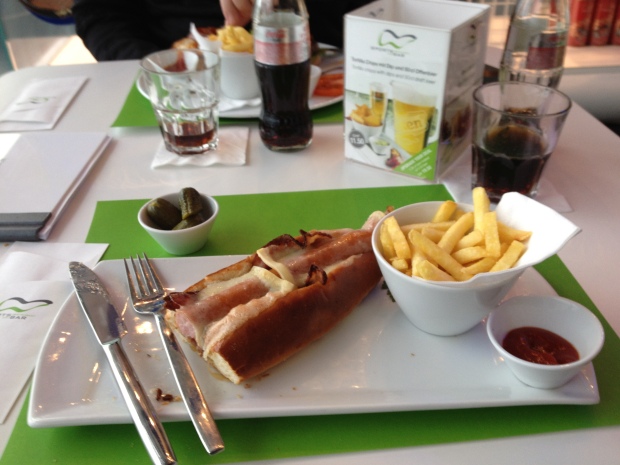 Well, that was a pretty long post – thanks for hanging in there until the end!  More fun to come soon – a trip to Germany for me this week, London next week, and then back to the USA!  Hope you are all getting the holiday season off to a great start!!