weekend in the dam

Hello everyone.  I wanted to share a few details of our past weekend and a couple trips made to the dam, Amsterdam that is.

Let me start by sharing that a couple of BC’s coworkers from back in the Des Moines office were in town assisting his team last week.  Personally, that meant two things:  a delivery of American goods and the chance to catch up and host at our place!  Both of these things were quite exciting for us.  They came to our apartment Thursday evening for dinner, drinks, and lots of conversation.  It was a great time – and a nice break for the crazy week that BC had!  One of them even brought me a big bouquet of pretty tulips (which I have been photographing like crazy because I love them so much).  I have also purchased a few dozen tulips from my neighborhood florist.  Here are a few of the MANY photos I have taken:

Opened wide!  I waited too long to take the photos, so they are starting to brown a bit.  Sad. 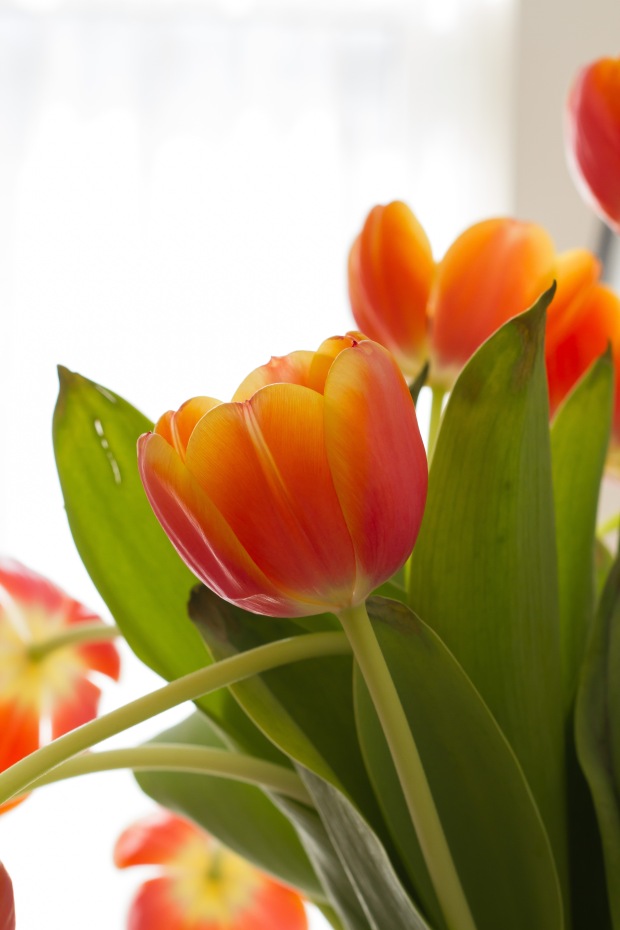 Some tulips I had previously purchased. 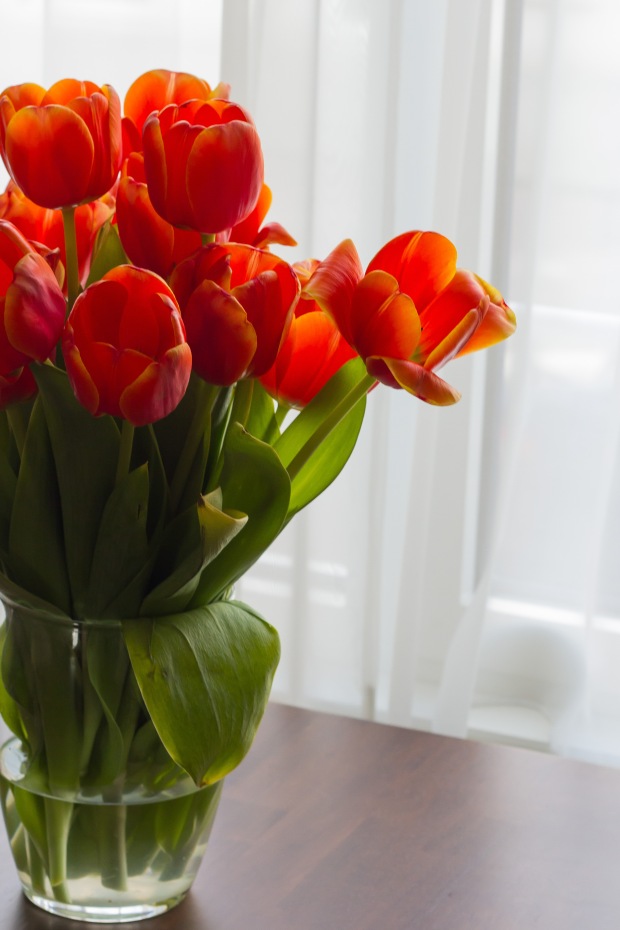 Anywhoo – Amsterdam.  BC’s department at work had planned an evening at The Netherlands vs. Estonia world cup qualifier ‘football’ match for this past Friday in Amsterdam, and BC invited our friend Todd to join in the fun.  So Todd’s wife, Megan, and I decided to tag along and spend the evening together in Amsterdam as well.

What a fun activity, right?  It definitely was, but the weather tried its best to bring us down!  It was incredibly windy this past weekend, putting windchills around -10 to -15 degrees Celsius (putting us around 10 degrees Fahrenheit).  Luckily for the guys, the stadium was enclosed for the match.  Unfortunately for Megan and I, walking to the train station and wandering around the city sounded slightly less appealing than it had originally.  We ended up eating nearby the stadium and staying put for the duration of the game.  Always fun to get together with them – wish they lived a little closer!!

A view inside the stadium.

On Saturday night, we were heading back to Amsterdam.  This time to meet a group of college business students that were doing a trip abroad for their spring break to learn more about living and working in a foreign country.  They were lead by Mary, the mother of one of BC’s great friends.  She had asked if we would be interested in meeting with the students and sharing our experience with them.  We gave a very quick (given some logistical issues by both parties) summary of our experiences here and answered a few questions the students had for us.  Then we joined the group for a dinner canal cruise through Amsterdam.  I have done the cruise a few times before, but never at night…it was fun to see the canals all lit up!  (Luckily the boat was enclosed so we didn’t freeze – given another blustery, frigid evening.) 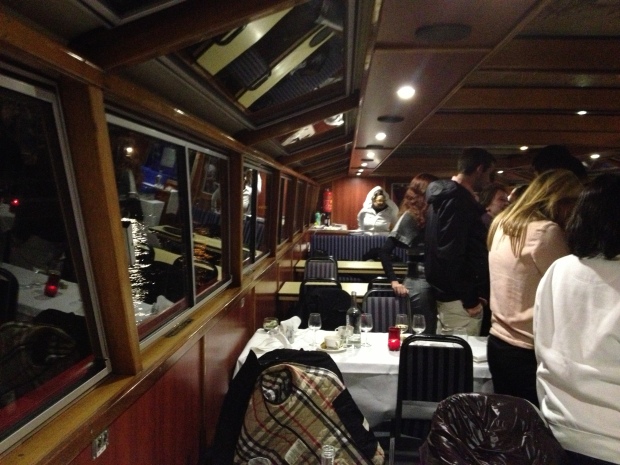 Inside the boat as everyone was leaving.

Attempted iPhone shot of the lights on the canals.

Us with Mary & Josh after dinner.

Another fun evening and new experience in Amsterdam!!

Sunday, we were pleased to be able to watch the ISU basketball team play in the 2nd round of March Madness, as the game was early enough for us!  It was a heartbreaker of an ending, but what an exciting game to be able to see… 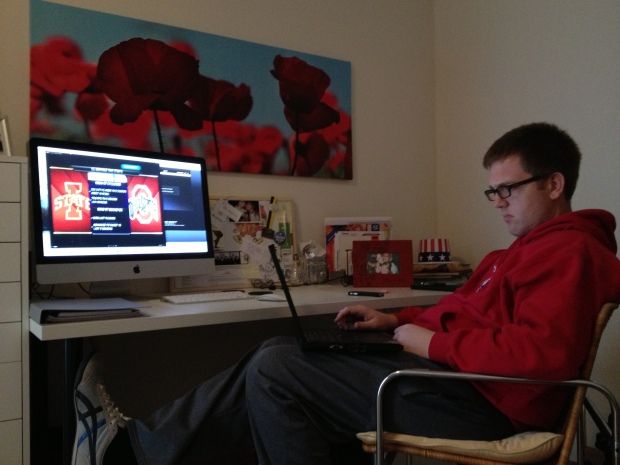 We are looking forward to a long weekend for the upcoming Easter holiday.  Still working on plans for the weekend, but it will be nice to spend some quality time together during such a hectic time of the year for BC’s work.

Wishing you all a Happy Easter!!

Happy Birthday tomorrow to Tyler and also to the greatest dad in the whole wide world – MINE!  Love you, Dad!

And I hope you like the new banner at the top of my blog – I’m working on something else, but this was a little something in the mean time.  I’m starting to learn how to do a few things in my graphic design course…

← irish fare
a few firsts and some old favorites →

2 thoughts on “weekend in the dam”