Wow, what have we not been doing lately?  That might be an easier blog post!  For this story, I’m going to focus on our time in Oslo, Norway.  I’ll be back soon with details of additional Scandinavian adventures and spending time in Holland with my dear friends, Erin & Tyler.  Oh yeah, I also just got back from the USA, so that’s coming too!  I’ll try to get them all done quickly, so you can have a marathon-style blog reading.

A few weekends ago, BC & I headed North to Oslo, Norway.  We had done very little planning for this trip, so we had no expectations what so ever.  What we found was a very lovely and clean city and HIGH price tags!  We arrived in the late afternoon, and took the express train into the city.  The train was super clean too, and it took us about 20 minutes to get to the central station.  Our hotel was conveniently located right next door (actually it was attached) to the station.  Really convenient when you have luggage!  After checking in and doing a quick email update, we headed out into the city center with the goal of locating an eating establishment in the short future.  We walked around quite a bit before settling upon a sports bar, where we naturally decided to go for what appeared to be an American-style burger!  (FYI – 2 burgers w/ fries and 2 drinks = $80)  After a little more strolling, we decided to call it a night and do some research back at the hotel.

Karl Johans gate – a main street where we ate our dinner. 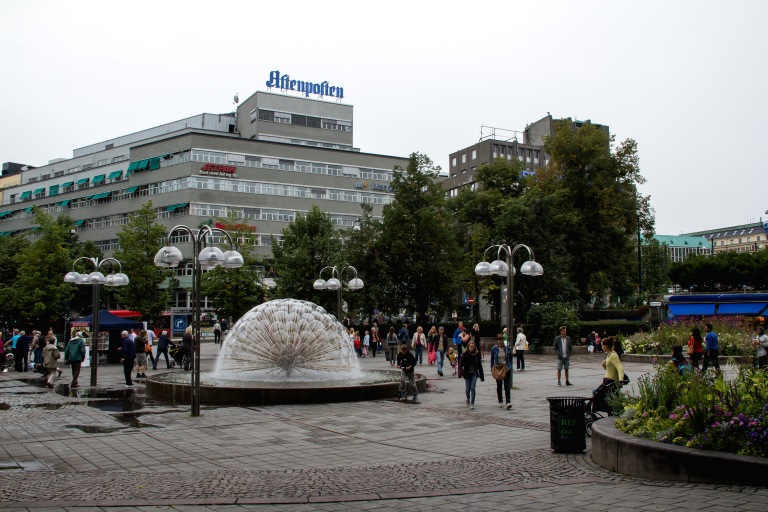 Day 2 started out with a giant breakfast at the hotel (taking advantage of the free food option after the prior evening), and then a trip to the Nobel Peace Prize Center.  This museum is dedicated to the prize and it’s laureates (winners, if you are like me and didn’t know what laureate means).  They also have a large exhibit dedicated entirely to the most current winner…the current exhibit, for 2012, was the European Union.  We took the guided tour, which was included in the price and well worth it.  Our guide gave us in depth information on the prize’s history and award process, past winners and the rationale/controversy surrounding the EU’s prize in 2012.  We were really pleasantly surprised by the exhibit at the museum.  Really enjoyed learning!  The temporary exhibit was a photography exhibit entitled “European Identities” and I thought it was great as well.

Quick photo stop with the tiger at central station.

Inside the permanent exhibit. 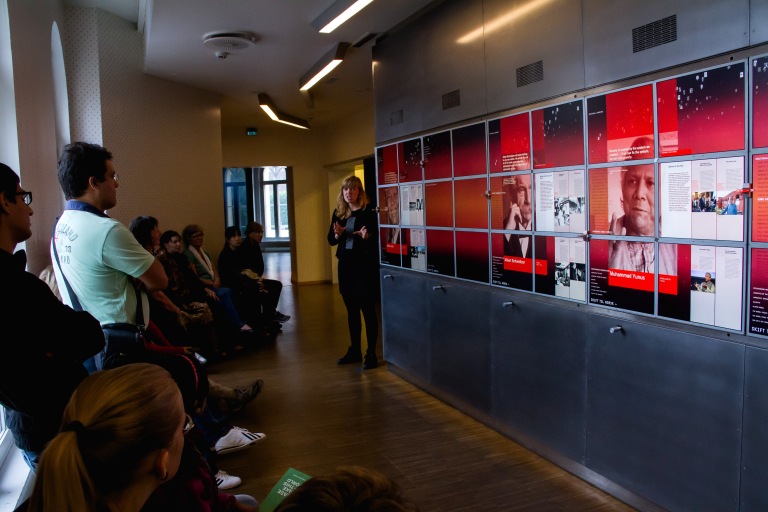 Information on all the former laureates.

From there, we took a long walk to Frogner Park, which also included the Vigeland Sculpture Park.  The park was huge and beautiful!  We had hoped to find a little lunch here too, but instead just made a large circle through the park.  If you go to Oslo, this is a must see!

Overview of the bridge and statues.

Checking out the flowers.

We then headed back to the city center, making a detour by the Royal Palace.  Unfortunately, it was undergoing some renovations, so we had limited visibility.  It did have a nice garden though.  After arriving back to the center, we settled in for a beer and snack.  Again, we were surprised by the large prices.  (2 beers + peanuts + chips = $45) 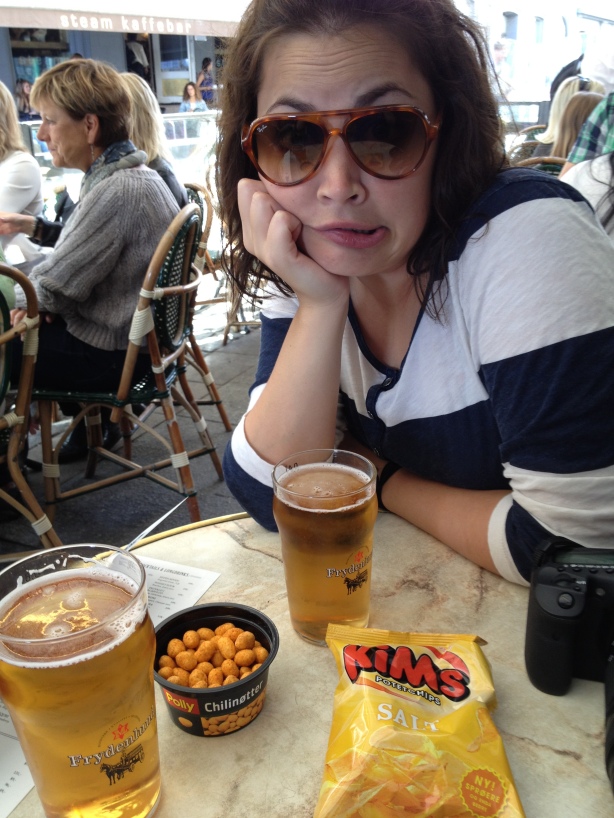 We then made a stop in the Oslo City Hall, home to the Nobel Peace Prize Ceremony every year and some intriguing decor.  Worth the free stop in! 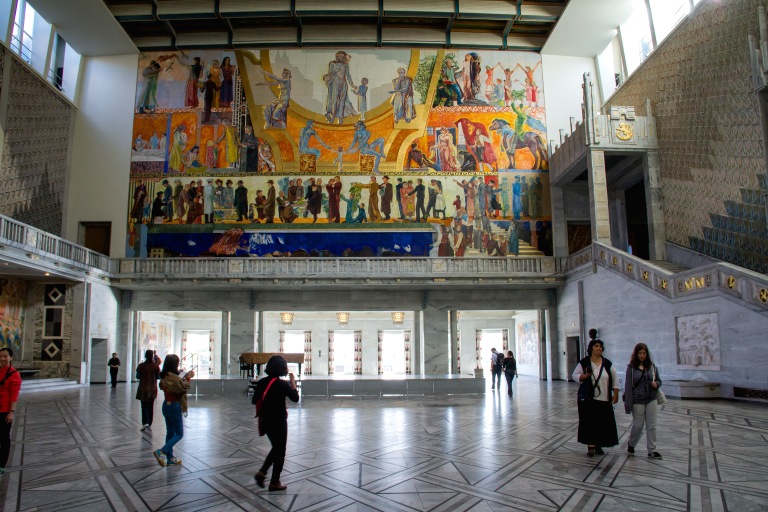 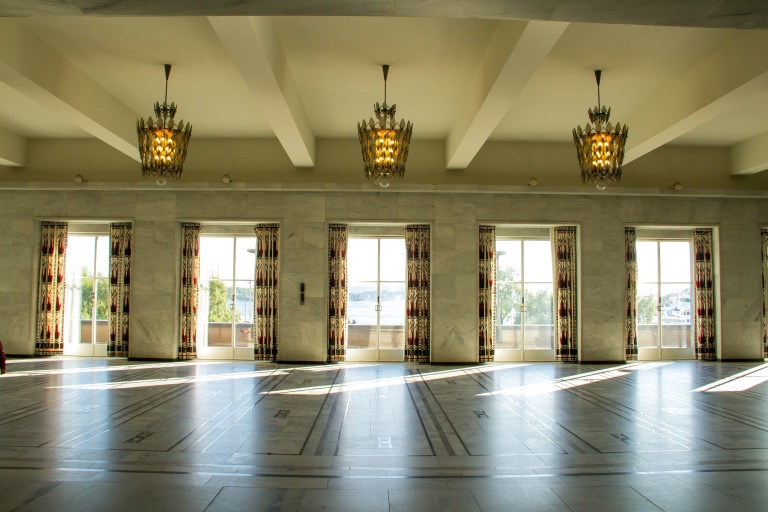 We did some quick shopping in several sweater stores, where you could purchase some hand-made, Norwegian wool sweaters for a pretty penny!  I really wanted them until I did the currency conversions.  We decided to stop in one of the numerous Asian restaurants that were located in downtown Oslo.  (Seemed odd to me too.)  We went for “Relaxo”, home to Asian tapas.  We went for a tapas sampler that included some yummy dishes such as the chili-lime shrimp, lamb w/ curry and some spicy beef.  A tasty little meal!

After dinner, we meandered the streets towards our hotel.  But first, we went across the street to the Oslo Opera House.  Inspired by the waterfront location and public space of the Sydney Opera House, this was built on a harbor viewing the Oslo Fjord and the public space…is the rooftop of the building.  You could literally walk up on top of the entire building.  It was pretty cool! 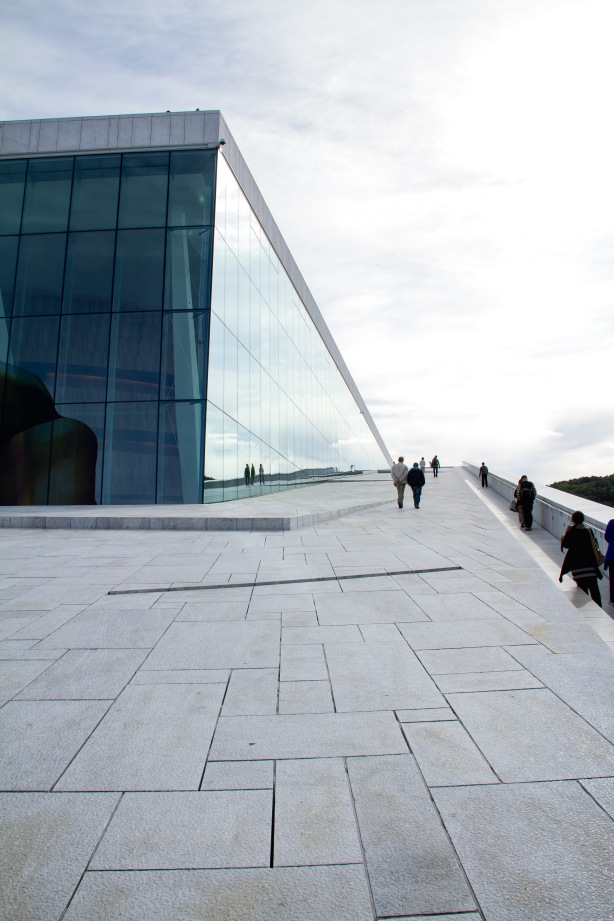 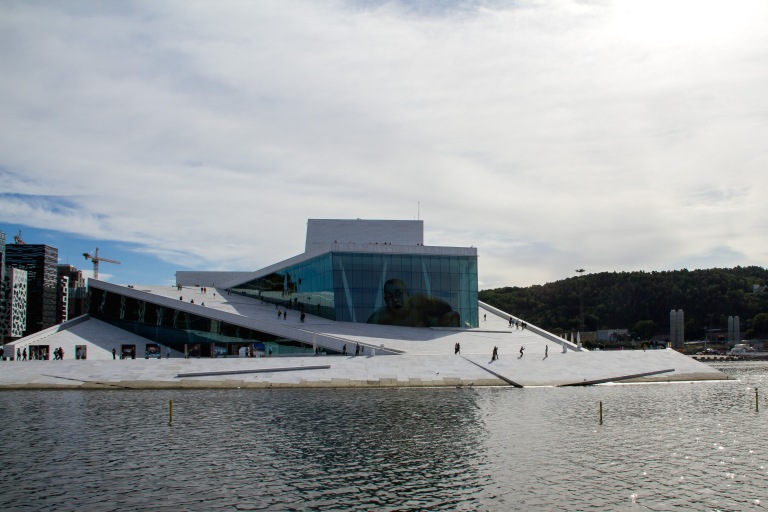 A view of the entire building. 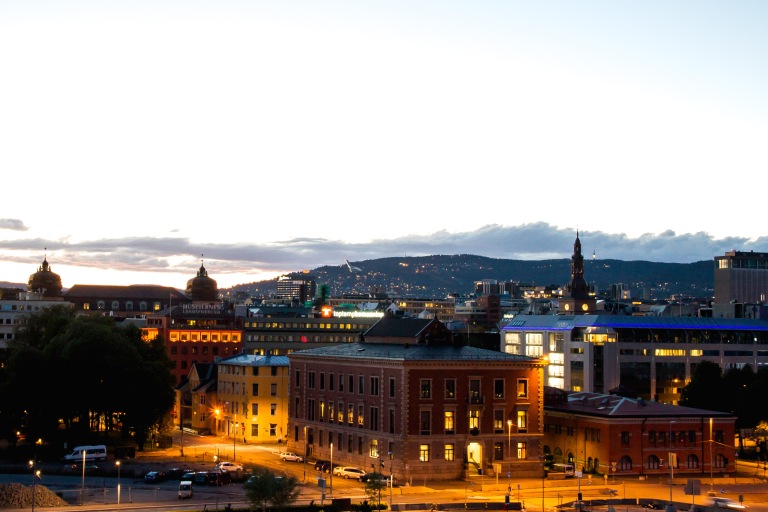 View from the top!

The to-do list for Sunday started out, once again, with a significant breakfast at the hotel.  Then we went back up to the Opera House to check out the daytime view…again, pretty!  Then we followed the water’s edge around the harbor, checking out the catches of all the local fishermen, and into the Aker Brygge area, an open public space along the harbor.  We toured through the Akershus Castle and Fortress, although we didn’t make a stop into any of the museums located there. 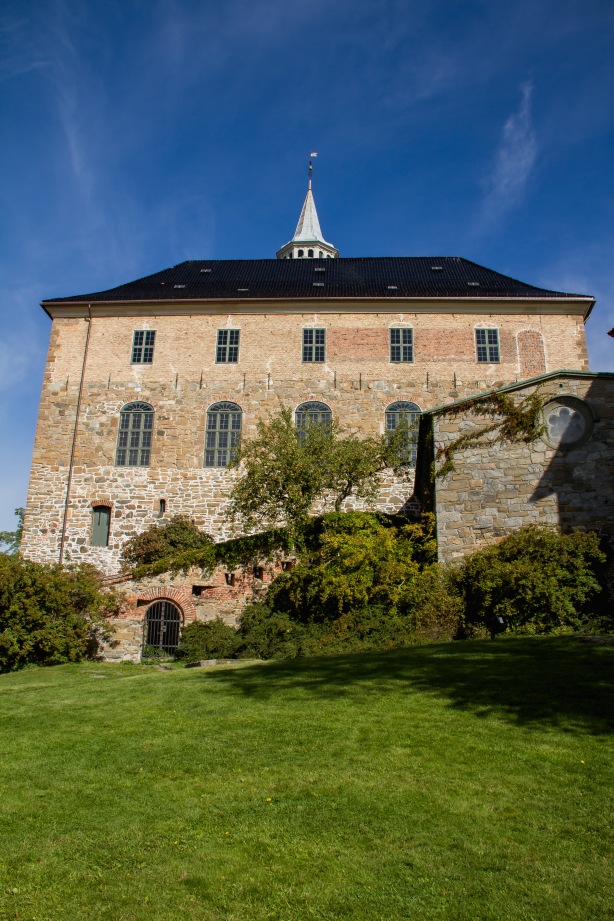 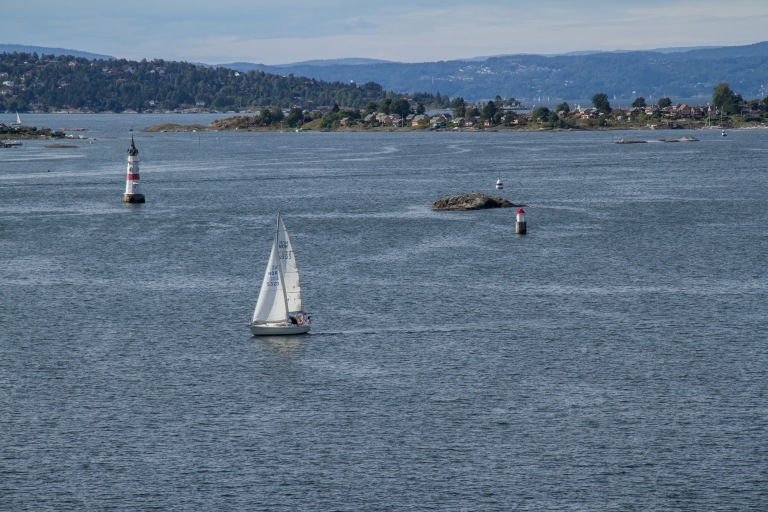 Not a bad view!

What a weekend!  We made a brief stop at Wayne’s Coffee to reflect and refresh before the flight home.

Seriously though, Oslo was a really great city!  I enjoyed the vibe a lot, and all of the attractions we made it to during our weekend trip.

P.S. – you know you live in a sun-deprived location when you get a sunburn in Norway! 🙂

Hope you enjoyed!  Be on the lookout for mass blog posting hopefully yet today!!

← bubbles and buddies
a fika with friends →

One thought on “peaceful, but pricey”